9 Reasons Why Your Wi-Fi Is So Slow, And How To Fix It – Times Keep Learning - TOI initiative & Powered by BYJU'S

9 Reasons Why Your Wi-Fi Is So Slow, And How To Fix It Wi-Fi is the way of the world now. It’s the invisible friend that comforts us, allows us to binge on Netflix in bed, and equips us to work from anywhere at any time. Wi-Fi is pretty much a necessity these days. Sometimes, however, the relationship turns sour — especially when Wi-Fi slows to a crawl. When you rely on Wi-Fi, speed issues can hurt. Unfortunately, speed issues aren’t always easy to diagnose due to the way Wi-Fi works. One unknown variable could potentially cut your Wi-Fi speed in half, so it’s important to know what to look for when something’s wrong. Knowing that, we can now explore some of the lesser-known reasons behind why your Wi-Fi is so slow — and the best ways to fix those issues.

Most people underestimate the importance of picking a good spot for a Wi-Fi router. Even a small shift in positioning could end up being the difference between day and night. If you’re like most people, you probably unpacked your new router, located a reasonable outlet location, plugged it in, and simply left it on a whatever was nearby: a shelf, a desk, or even the ground. As it turns out, router height does make a difference. That is to say that leaving your router on the ground or behind other objects usually results in noticeably worse performance. Instead, put the router as high up as possible to extend the broadcasting range of the radio waves. This also helps clear the router of possible interferences.

Materials like concrete and metal tend to be the worst for blocking Wi-Fi waves, but even objects of other materials can get in the way of high-performance wireless. Make sure your router isn’t blocked by any other objects, especially devices that are electronic. Also, avoid placing your router in your basement as this area is usually enclosed by a lot of concrete, which can be almost impossible for Wi-Fi signals to penetrate.

The further away from your router you get, the weaker the Wi-Fi signal. Therefore, the best option is to place your router as close to your devices as possible, but this is only practical if you have one main area where you tend to use your devices. Otherwise, you should place your router near the center of your home. After all, Wi-Fi broadcasts in 360 degrees, so it doesn’t make sense to put it at one end of the house. However, if your router is particularly weak or if your house is particularly big, then you may need to increase the range of those Wi-Fi waves by using Wi-Fi extenders or repeaters. These are auxiliary devices that connect to the main router and “repeat” the signal so it covers more area. If you want to get truly scientific about your router placement, take a look at this project from a PhD student and download the app to try it for yourself.

You’ve probably never noticed but there are wireless signals all around you wherever you go and they’re passing through you all the time. From where? Electronic devices, Wi-Fi routers, satellites, cell towers, and more. Information designer Richard Vijgen created “The Architecture of Radio” — available on iOS and Android — which uses public information on satellites and cell towers, along with Wi-Fi information, to create a map of all the invisible signals around you. I tried this out and you can see the results from my test in the screenshot above. Although Wi-Fi is supposed to be on a different frequency than most of these devices, the amount of radio noise can still cause interference.

Did you know that microwave ovens can cause interference with your Wi-Fi network? Especially with older routers. This is because microwave ovens operate at a frequency of 2.45 GHz, which is incredibly close to the 2.4 GHz Wi-Fi band. Specifically, the 2.4 GHz Wi-Fi band actually broadcasts between 2.412 GHz and 2.472 GHz, so there are times when the microwave frequency can overlap with the Wi-Fi frequency — and when that happens, the data being transferred gets disrupted. Most microwaves are properly shielded so no waves should be detected outside of the oven, but when there is faulty or poor shielding, that’s when interference can occur.

It turns out that another favorite type of wireless connection — Bluetooth — also happens to operate at 2.4 GHz. In theory, a properly designed device should be shielded in a way that prevents interference. Furthermore, in order to prevent frequency clash, Bluetooth manufacturers use frequency hopping, which is where the signal randomly rotates between 70 different channels, changing up to 1,600 times per second. Newer Bluetooth devices may also have the ability to identify “bad” or currently in-use channels and avoid those. But interference can still occur, so try moving the router away from Bluetooth devices (or at least turn those devices off) to see if this is the cause of your troubles — especially if they are older Bluetooth devices without channel management.

Funny enough, Christmas lights (or fairy lights) can be a devious culprit in slowing down your Wi-Fi because these lights can emit an electromagnetic field which interacts with your Wi-Fi band. This is especially bad when using lights with the ability to flash. You aren’t even safe with modern LED lights because some of them have flashing chips built into each lamp, and these create an interfering electromagnetic field. In reality, all other kinds of lights can cause interference by emitting electromagnetic fields like this, but the effect is close to negligible in most cases. However, you should keep your router away from electric lights just in case.

A truth of the modern world is that every household has their own Wi-Fi network, which can cause issues with channel overlap. This can be somewhat problematic in a townhouse, but is especially problematic in housing complexes and apartments where there can be many routers within close proximity. Channel overlap is mostly an issue for routers that can only broadcast at 2.4 GHz or if you have devices which can only receive a 2.4 GHz wireless signal. Why? Because there are only 14 channels to broadcast on. Two routers broadcasting on the same channel at the same frequency will interfere. Which is why it’s important that you pick a good channel in your router settings. Modern routers can choose channels for you automatically, but sometimes it’s better to investigate and find the best channel yourself. Furthermore, people may try and get on your network without your knowledge, and this can also slow down your Wi-Fi. The single most important thing you can do about this is make sure your router doesn’t have an easy-to-break password. Also, keep your router up-to-date and perform regular checks for suspicious devices on your network.

Have you ever left a massive download running on your PC? Well, in that case you are probably the cause of your own slow Wi-Fi. Downloading large files can take quite a toll on your Wi-Fi performance. Sometimes this can’t be avoided — OS updates can be huge, for example — but if you are running tasks that aren’t urgent, try pausing them. More likely, however, is that the people on your network — such as friends, roommates, or family members — are participating in bandwidth-heavy activities like gaming and streaming Netflix. Fortunately, if this is the case, you can prioritize your own network traffic by enabling Quality of Service in your router settings.

Click the link to view the original article: https://toistudent.timesofindia.indiatimes.com/news/how-to/9-reasons-why-your-wi-fi-is-so-slow-and-how-to-fix-it/2281.html 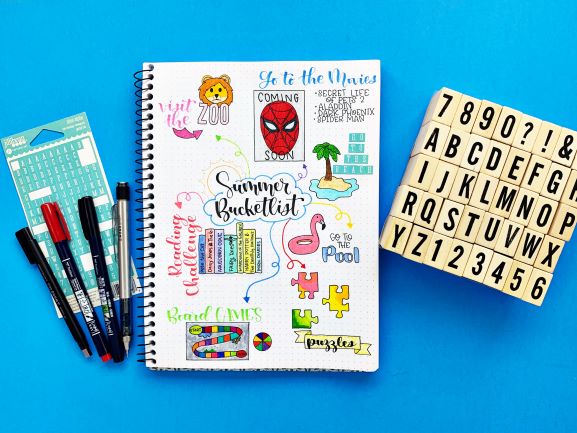